My brother-in-law, who everybody refers to as “Carrot”, has been known to do some goofy things occasionally.

One night, when he’d first moved to Australia from Nottingham, he was coming to play poker with us lads in the garage of “Batman” (his self-ascribed poker call-sign).

The problem was Carrot being half pissed from a luncheon, had forgotten the street number of the Hornswood (being the mystical little suburbs from Hornsby and Chatswood) house at which we were playing. The battery was dead on my phone and he didn’t know any of the other blokes to ring. So he got out of his taxi, struggling with a bag of ice and two six-packs of tasty craft beers (which had been delivered to his door by www.gettincrafty.com.au – my shameless plug for the new beer business I have set up with a few mates) and started to walk down the street hoping to hear us, as he was an hour late and the poker was already in full swing.

Carrot had a stroke of good fortune. One of the houses, had a swing in the front yard in the shape of the Batman symbol!. Thinking either that was the place, or it was a hell of a coincidence, he struggled his way up to the door and knocked.

The door was answered by a big, broad-shouldered dad, who looked like he’d played plenty of Rugby in his day, based on his lumpy, crooked nose.

Carrot (in his Pommie accent) – “Oh, hello.” He knew this wasn’t the home of host-Batman.

The big guy politely helped the wobbly Carrot by holding one of the six-packs that he looked like he was about to drop.

Carrot – “Is this Batman’s house?”

Big guy (looking perplexed) – “What? Batman’s house?? How pissed are you mate?”

This was obviously NOT Batman’s place and my mates and I were NOT in this dude’s garage playing poker.

Big guy – “If you think Batman lives here, I suppose that makes me Robin?”

Carrot – “Oh… I saw the…” Carrot nodded towards the front yard.

The big guy stuck his head out his door, spied his kid’s Batman swing-set and returned his gaze to Carrot, with a look of disdain.

Big guy – “My kid’s swing? It’s not the fucking Bat-Signal buddy. Whose place are you actually looking for?”

Carrot (realising with horror that he didn’t actually know Batman’s real name) – “I’m… not sure.”

Big guy (with a grin) – “Ok, ok. I’ve lived in this street for a while. I think I may know the guy who’s house your tryin’ to find. Is he a muscular fella with brown hair?”

Carrot (thinking it was starting to work out) – “Yes, yes he is! You know him?”

Big guy – “Does he wear a mask with pointy ears and have a belt with shark-repellent?” He burst into laughter. 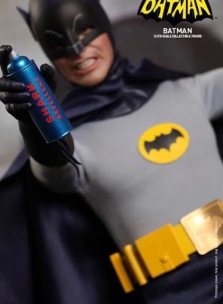 Big guy (continuing to laugh) – “Is he good mates with Aquaman?” The big guy bellowed with laughter.

Carrot – “Sorry to waste your time.” Realising it was hopeless, he turned to leave.

Big guy (calling to Carrot’s back as he was walking off) – “ACTUALLY MATE, I THINK I REALLY DO KNOW THE GUY’S NAME… IS IT BRUCE WAYNE?” The big guy broke into hysterics.

Carrot being tipsy, recognised the name Bruce Wayne, hesitated and turned back to the big guy. Realising he was just taking the piss, he continued the walk of shame down the drive with the ice and beer. He could hear the big guy calling out that he’d forgotten something. No doubt he was referring to the Batmobile or some such. Carrot had been humiliated enough so he just kept on going.

Luckily, Carrot in desperate need of cheering up, heard the raucous laughter of us playing only a few houses down the road and eventually made his way to Batman’s.

Me – “Carrot why’d you turn up with just one six-pack?” 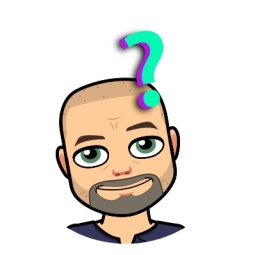 “I DON’T WANT TO TALK ABOUT IT,” Carrot yelled.

Thanks for reading. I write blogs oftentimes just to claim at parties much to my wife’s chagrin, that I am in fact… a writer. If you could Share far and wide via the buttons below, that would be amazing. I need to one day be a famous contributor to the noble art, of blogging. Cheers