About five years ago I was sitting in the front row of the Shore drama theatre. My son’s play was about to start, the lights had come on and everybody had gone completely silent. My six-year-old daughter, prodded me in the ribs as a signal to pass her a couple of Maltesers. I did so, she dropped one and of course, it rolled noisily, right into the centre of the stage.

Everybody in the place was looking at the Malteser, which a Prefect immediately leaped up and binned. Of course, all eyes then moved to me, with the box of Maltesers in one hand and two in my mouth.

I gave the Prefect the thumbs up. I also wanted to say to the crowd, it was actually my daughter who dropped the freaken Malteser, not me. 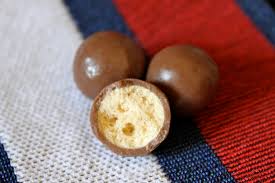 The play was going amazingly well. At interval I got myself beer and one for a mate of mine who was sitting behind us, my lovely wife didn’t want anything.

Turned out my mate had the same idea and he’d bought me a beer also. So we were both then standing there in the foyer, with two beers each to drink in the ten-minute interval.

Anyway, my mate went to the toilet, so I looked around for somebody to talk to and spied… the Headmaster.

Now I’d never spoken to the Shore headmaster before. His reputation at the school was of an intelligent, honorable, highly regarded, Christian man. I thought he’d be good for a yarn.

As my son was going to be there for the next five years, I was a bit anxious about meeting the big man and was conscious of at least, not making a terrible impression. So I swapped both my beers to my left hand and introduced myself.

Headmaster – “Jason, your Jake’s a really gifted actor and a fine young man. You should be very proud.”

Headmaster – “They all can Jason. Oh, you have to meet Jake’s drama teacher! I’ll call her over.”

Now Jake had already given me the full scoop on his drama teacher. His tall… blonde… drama teacher! I wanted to let the Headmaster, a fellow bloke, know that I was already in the know and that in his professional position, he didn’t have to spell it out for me.

I remember a look on his face, for just a fraction of a second that said, surely I misunderstood this man’s meaning. A Shore parent, an Old-Boy, just wouldn’t say something like that and mean it like it sounded.

The look on his face then said, oh wow, this man actually DID mean it like it sounded!

Headmaster (while pointing to something behind me) – “Anyway Jason, it was great to meet you. I have to go and um…”

And with that he was gone.

I sipped my right beer. It was warmer than the left one. I decided to leave the right beer, as I’d probably only have enough time to drink one anyway.

In the car on the way home to Hornswood, Jake was buzzing from his highly successful play and I thought he’d get a laugh from my “I met your Headmaster at interval” story.

Jake – “You said WHAT to the headmaster?”

Me (feeling a bit defensive due to his adverse reaction) – “YOU WERE THE ONE WHO SAID SHE WAS A TALL, BLONDE HOTTIE.”

Jake – “I NEVER SAID THAT! I JUST SAID SHE’S TALL AND BLONDE”.

Me (after a pause) – “Yeah… but sometimes son it’s what you DON’T say, that actually says it all.”

My wife – “Hottie is not what he said or meant! And even if he did, you don’t raise it in your first ever moment with the Shore Headmaster.”

Me – “I know that NOW! It’s pretty obvious NOW! But I didn’t have a lot of time to plan my answer out you know!”

There was a moment of silence.

I couldn’t help but feel partially responsible for the situation.

Jake – “And why’s everybody talking about a Malteser you threw onto the stage?”

It’d be REALLY awesome if you left a comment on my blog, Share via the Facebook button below, or just give the Facebook post a thumbs up. Check out my new writing business, which allows me to now claim I am in fact, a professional writer (www.hornswoodexpress.com.au). Cheers.