Being born and raised at Bilgola, my brother and I are absolute Manly Sea Eagles tragics. One day last season, not only did we get to hang with the legendary players of our beloved club, we got to be one of them! We got to be… LEGENDS.

All we had to do was be dishonourable.

Oracle (my brother’s self-ascribed poker call-sign) and I, were at Brookvale Oval one weekend to watch the big game. It was the excellent “Golden Eagles – Legends Day”, when champion ex-players were glorified for achievements on the footy field. It was awesome. They’d erected a fenced-off marque and it was crammed absolutely full with our heroes of yesteryear.

Oracle and I, along with a huge number of fans, went right up to the area to see how many of our idols we could spot.

One legend who we instantly recognised, walked past us and up to the table positioned at the entrance to the marquee, where a young security guy was sitting.

Without checking the clipboard in front of him, the security guy put a yellow wrist band on the legend. In he went, to cheers from the myriad of other legends already in the marquee.

I approached the table and my brother shadowed me.

Security guy (to us) – “Legends function?”

I was nervous, but the place was an absolute oasis.

Me (with as much confidence as I could muster) – “Been looking forward to this all year mate.” 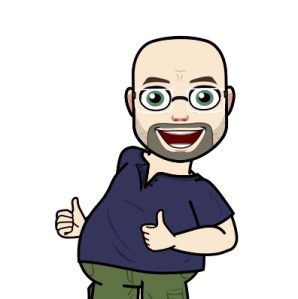 Then, within seconds, we had yellow wrist bands on and we were in! The place was full of free food, free grog and free… LEGENDS.

We had an immediate problem if we were to avoid having our unfortunate, non-legendary status discovered. They were all wearing special legend jackets. So we casually headed over to the guy giving them out and he gave us one each. It was going brilliantly.

Of course the legends all knew each other, so we had to be on our toes. After an hour of the greatest day of our lives, we had worked out the comments we would throw out, if any legends questioned our identity.

If they got suspicious and asked “when’d you play”, with a laugh we would reply with things like:

When? When I had a full head of hair and knees that didn’t click!

Mate when you’ve taken as many head knocks as I have, I can’t bloody remember myself. It’s still 1988, right?

When? Back when my shoulder didn’t ache, my wife wasn’t angry and the game wasn’t so soft.

(After lifting my shirt and patting my sizeable gut) – There’s a Legend six-pack for you!

Or my brother would slap me on the back and say “jeez you must have put on a heap of weight, nobody recognises you!” And then we’d quickly wander off to chat to other legends. Flawless.

Now I won’t use his real name, or even his real nick-name, but “Horse” one of our favourite players of all time, started to chat to us. We just couldn’t look one of our Grand Final-winning heroes in the eye and lie, so we came clean to him. Horse just laughed and said as long as we don’t go out onto the ground for the Legends Lap of Honour, he wouldn’t rat us out.

I nearly blew the grift when we joined a particular legend-group and I helped myself to one of the exotic looking sandwiches in the middle of the little table. It turned out one legend had special dietary requirements, so he had brought his own food.

Special-sandwich-legend – “WHAT THE F#CK YOU DOING? YOU BIT INTO MY SANDWICH. WHO ARE YOU ANYWAY?”

I struggled for a few moments to think what to say.

Me – “Mate, we’ve all bled for the same team. And that’s what’s important.”

Then luckily, they all started to file down on to the ground for the Legends Lap of Honour. After a moment it was only Oracle and I left in the marquee.

Security guard (down the front) – “YOU DON’T WANT TO MISS YOUR LAP OF HONOUR AND TUNNEL FOR THE PLAYERS, GENTS.”

Oracle and I looked at each other. We were brazen, but it was time to leave the marquee-of-greatness and head on back to the general populous. It had been an amazing few hours, but crashing the Legends Lap was one step too far. We were men of decency after all.

Me – “NO MY GOOD MAN. WE WOULD NOT WANT TO MISS OUR LAP OF HONOUR.” And down onto the ground we went.

Here we are doing our Legends Lap. Giving back to the people.

Here we are with the cheerleaders.

It was an incredible feeling, the Lap of Honour (without dwelling on exactly how dishonorable we were being) with our fellow legends, all our loyal fans cheering and clapping. What a buzz.

After we’d done our lap, we formed a tunnel for the First Grade players to run through and on the opposite side to us… stood “Horse!”

He looked directly at us and then pointed at our faces. Damn, was he going to expose our deceit? It would be a tad embarrassing. But Horse, being a team man, just shook his head and laughed. Like one of us legends does.

Anyway the day just got better and better. All us legends watched a brilliant game of footy from the marquee, in which the team we had all bled for, won a magnificent victory. We then went back to a private room at the club for the rest of the night and the current players and sponsors joined us. It was unbelievable and the respect the players and the fans in the club showed us legends, was incredible.

My brother took his turn nearly exposing the grift, when a fit looking dude approached the group of Legends we were drinking with.

Oracle (to the dude) – “Reuben, you played out there today, like we used to back in the day! You ran hard and straight with no thought to self-preservation. I love it.”

The dude – “Sorry mate. I work for Wormald, the sponsor. I’ve never played a game in my life.”

Me (trying to change tack with a laugh) – “Typical of you Oracle. If they didn’t play exactly the same time you did, you got no idea who they are!”

Later that night we received a text from our dad (also a Sea Eagles tragic). He sent us a video he’d taken of his tv at home –

Boys, tonight I sat down to watch the game. They had the Legends Lap, which I watched really closely to see which players I recognised. You can understand my surprise to see my two sons, at the front of the f#cking tunnel no less! I’m getting older and forget the odd thing, but I don’t actually remember either of you playing for Manly. I got no idea how you pulled it off and I don’t want to know. How the hell did my boys end up being so dodgy?

That’s me in the blue cap and Oracle in the scarf.

(disclaimer – If anybody from the brilliant Golden Eagles Assoc. or the Manly Warringah club do read this blog, please ignore)

Thanks for reading. I write blogs, oftentimes simply to claim at parties much to my wife’s chagrin, that I am in fact… a writer.

If you could Share far and wide via the buttons below, that would be amazing. Please do. I need to one day be a famous contributor to the noble art that is – Blogging.